They might be neighbours, but in many ways Kenya and Uganda -or rather 2 districts that Aidlink works in, Kajiado (Kenya) and Wakiso (Uganda) – are a million miles apart.  Certainly the contrast between the dry sandiness of Kajiado where it hasn’t rained in over 2 years, and the lush green vegetation and blood red earth of Wakiso is astounding.  At one point today in the field we got caught in a storm and I’d say we saw more rain in that 15 minute period than Kajiado has in the last 5 years! 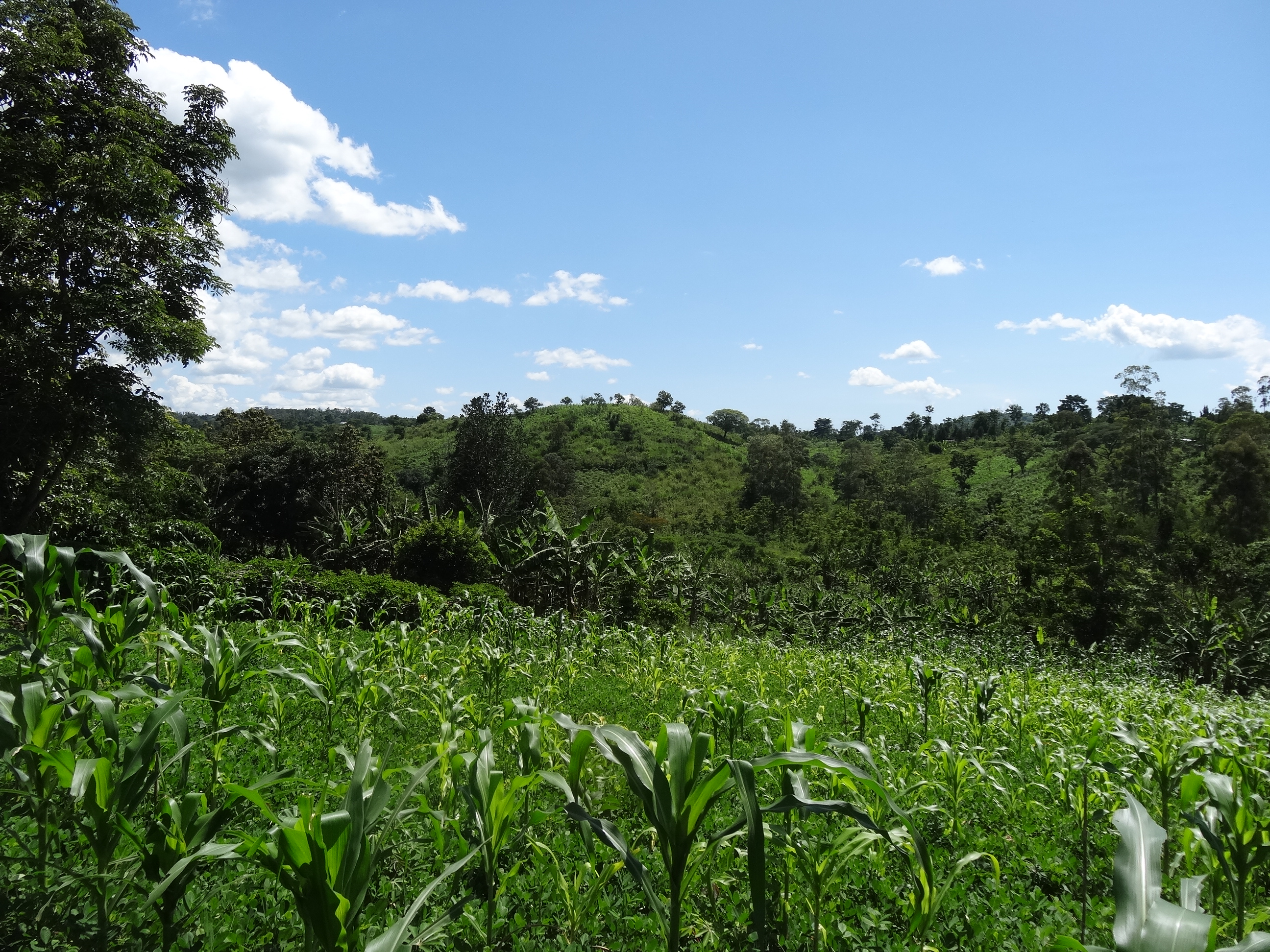 The contrast in environments is reflected in the livelihoods of the people who live there.  Whereas the Masai who inhabit Kajiado are nomadic pastoralists, moving with their livestock in search of water and pasture, the vast majority of people in Wakiso are smallholding farmers, growing a variety of crops (bananas, sweet potato, cassava, groundnuts, maize etc.) to sustain themselves and their families, with any surplus sold for income.

In many ways, life appears much easier for the people of Wakiso than the Masai.  Without the challenge of existing in near-perpetual drought, the lush green of the countryside promise so much for the agricultural sector in Uganda.  And yet, the vast majority of farmers in these communities are extremely poor.  Whilst they are usually able to grow just enough to meet their own needs, farmers in Wakiso often lack the agricultural skills, techniques and capacity to take advantage of their fantastic environment for growing.  But with just a little bit of leadership and assistance, farmers are able to move into a world where agriculture is a way for their families to thrive, rather than just survive.

That is where people like Noah enter the picture.  Noah was trained by Aidlink and Voluntary Action for Development (VAD) to be a Community Agricultural Trainer (CAT) in his village.  As part of this role, he was given the skills to form groups or cooperatives of local farmers, and train them in sustainable methods of farming to increase the amount of food they produce, as well as the business and marketing skills to enable them to earn a living from the surplus stock.  Noah also benefitted from advocacy training, enabling him and other community members to liaise with government officials and make demands on behalf of their communities. 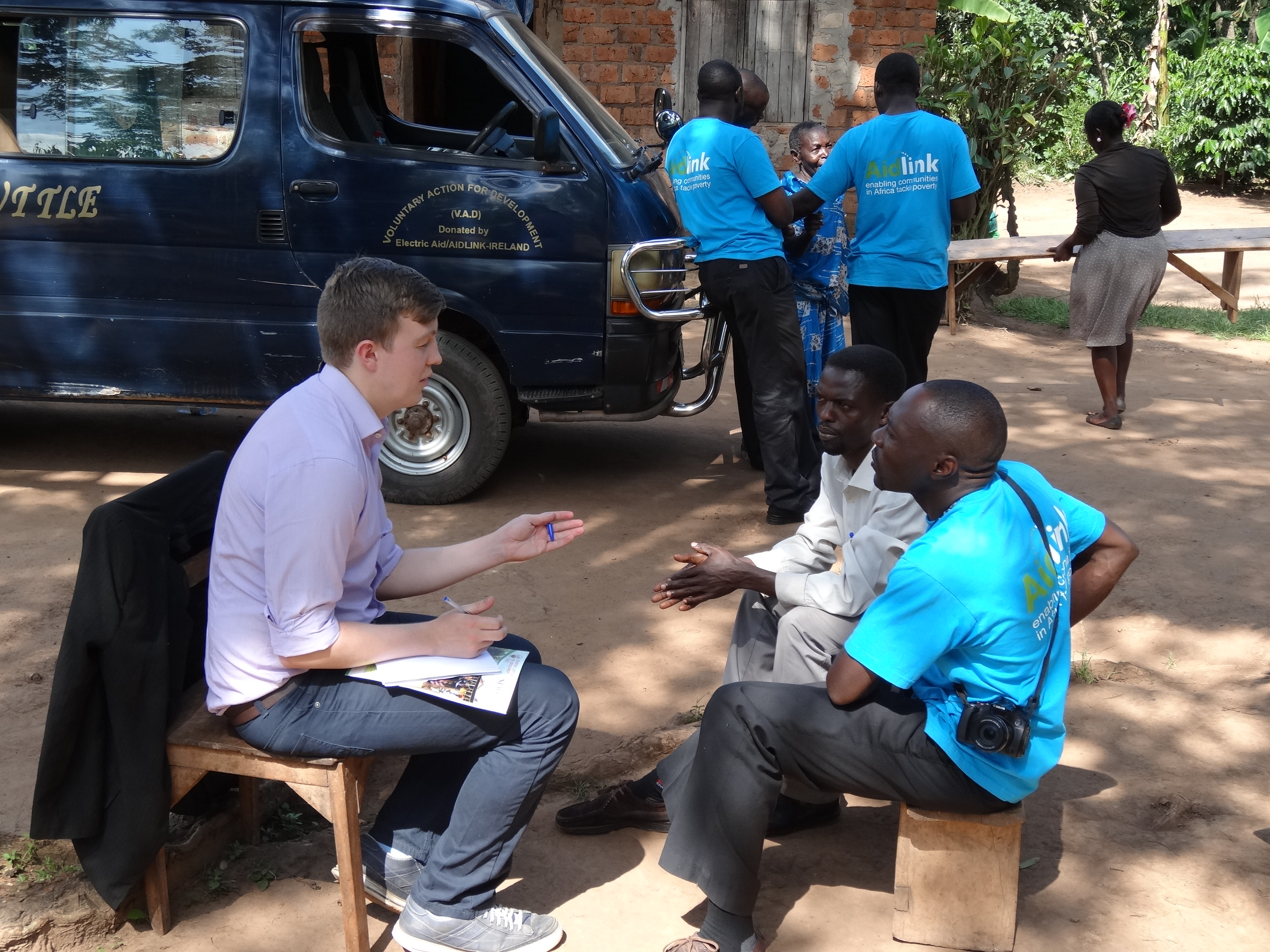 I first met Noah in May 2015 when he delighted in telling me about how becoming a CAT had changed his life.  The improvement in the lives of the farmers he had trained in his own village meant he was approached by neighbouring communities to train them as well, so that they too could benefit from his knowledge and skills.  As the agricultural trainer for 7 villages in Chitita Parish, Noah was later approached by a number of large, international NGOs to help them implement their own agricultural projects in the area.  Now, not only were the community members Noah mentored earning a living from farming, but Noah himself was now being paid a salary for his skills as an agricultural trainer.  He joked about how his wife had started referring to him as a “farming consultant”!

Today, I met Noah again and he filled me in on some of the things he has been up to since May.  Making use of his advocacy training from Aidlink and VAD, he has been able to secure a variety of crop seeds from the government and other NGOs for the farmers in his communities.  Furthermore, he has started an agricultural youth group and purchased a small shelling machine for groundnuts, enabling the farmers of Chitita (all of whom are able to borrow the machine) to sell their produce for a higher price at market.  Finally, he was recently approached and trained by the Hunger Project Uganda on the Moringa tree which produces what we know as Aloe Vera.  With this training, Noah and his fellow farmers have planted Moringa trees and are currently lobbying various organisations for support to set up a small processing plant to extract Aloe Vera, again allowing the communities involved to earn a meaningful and sustainable living from their farms. 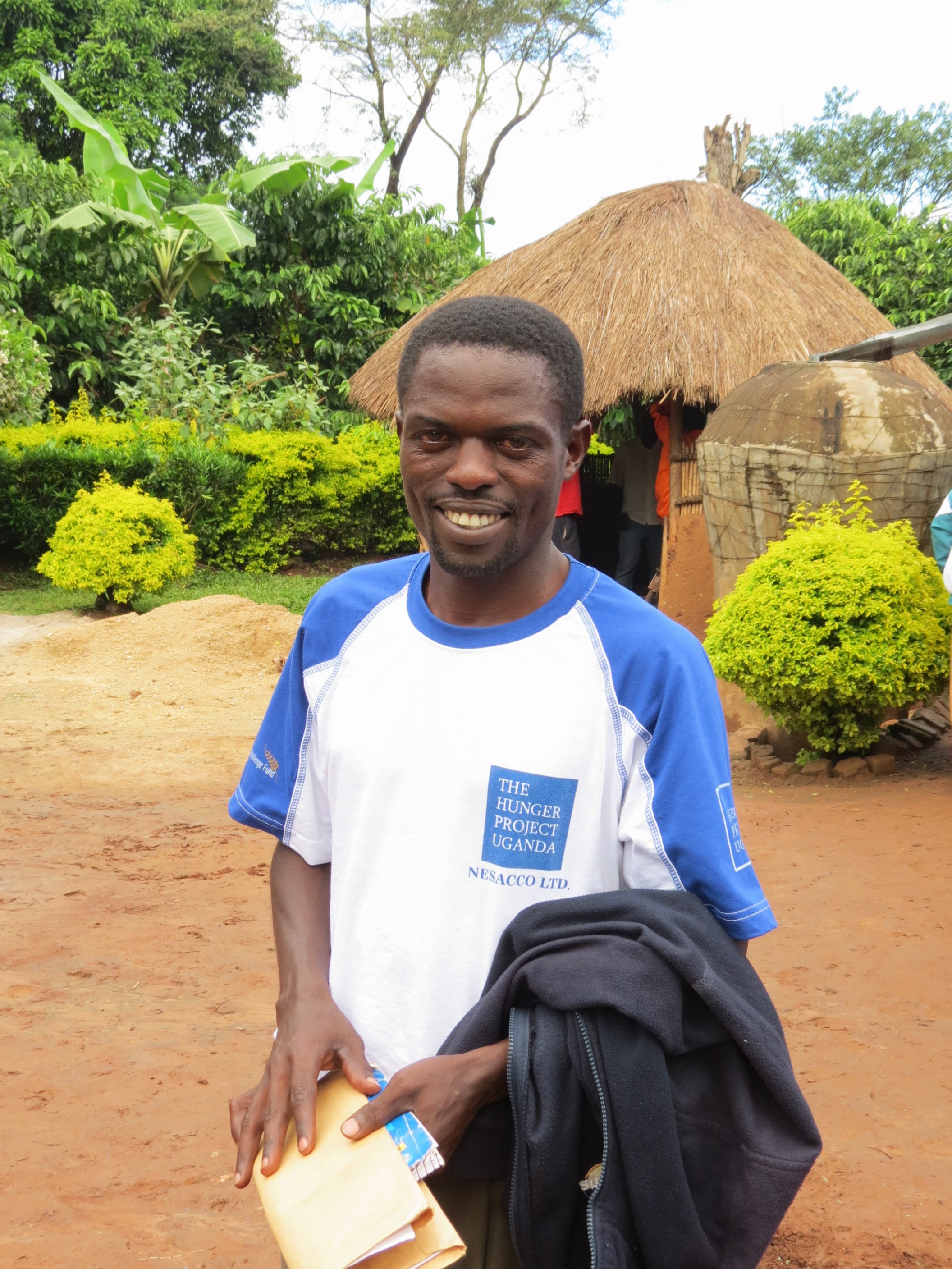 As with the Maparasha Parents’ Association, it is so important to highlight the work of people like Noah who are driving change and improving the lives of their neighbours and community members in places like Wakiso.  Working for an organisation like Aidlink, people at home are often (not always!) quick to lavish us with praise for the work we do.  But whilst I and my ego are extremely grateful for the boost this gives us, it is important that people don’t think we’re responsible for everything.  Without the work of organisations like VAD, and individuals like Noah, then nothing would ever get done, and little would change.  It is only right that their story gets told, and they get the recognition they deserve.  I’m just delighted that working with Aidlink, I have the chance to support Noah, the Maparasha Parents’ Association, and the other everyday heroes I have been fortunate enough to meet as they go about creating a better world for their families and friends.