Skip to content
Previous Next
“The real Uganda as it should be seen. Rich with life. Rich with character. Rich with heritage.”

This blog is about my experiences and thoughts leading up to, during and after the Immersion Programme in Uganda through Aidlink.

I first heard about this Programme back in March 2015 when the talk of the school was a potential Immersion Programme taking place in Uganda. There was an electric atmosphere around the corridors of the schools and peoples eyes began to light up in excitement (including myself).

I threw myself at the opportunity and made sure I had my 1000 word essay to enter the selection process done on time. The process was very professional. A 1000 word essay on why you value yourself as an asset to the programme and an interview gave us students the opportunity to see what its like to apply for a job outside of school.

At the time a whole range of emotions were running wild in my head. Excitement, anxiety, happiness. And before I had a chance to take it all in it was over. The process was over and Aidlink had decided on the 24 students they had wanted to bring to East Africa. When my name wasn’t called out on the list of people selected I felt like it had been too good to be true. A few weeks on and rumours were going around about how there were 5 more spaces being made available. I didn’t get my hopes up. Most rumours were false.

This one however wasn’t. I was taken out of class and I instantly knew what was going to happen. A massive smile grew on my face as I saw the faces of the 4 other students who were blessed at getting the chance to go. I was buzzing.

I went home and told my parents. They were absolutely delighted. Although my Dad was very worried he knew he couldn’t stop me from going. I wanted it too much.

So the next few months were a lot of work. Fundraising took a lot of time and effort. We as a school set a goal to raise €80,000. And only for the tireless efforts of Mr. Reade I’m sure we wouldn’t have raised enough funds to go over there. He constantly came up with creative ideas to raise money and kept pushing us on to keep fundraising. He deserves a lot more credit than he gets for all of it.

Anyway, after many months of making social events in aid of the programme, bag packing and church collections we made it to the closing weeks. When I thought of the images and messages we see on television and the internet about countries like Uganda I was anxious. The only information they portray seems to be negative. I was to find out that it wasn’t at all this way. So after injections and packing our bags we said goodbye to our classmates and set off on our journey at 2 o’clock on Tuesday the 15th of March.

There were many laughs had on the journey up and over to Uganda but no one could of prepared us for the experiences we would have. 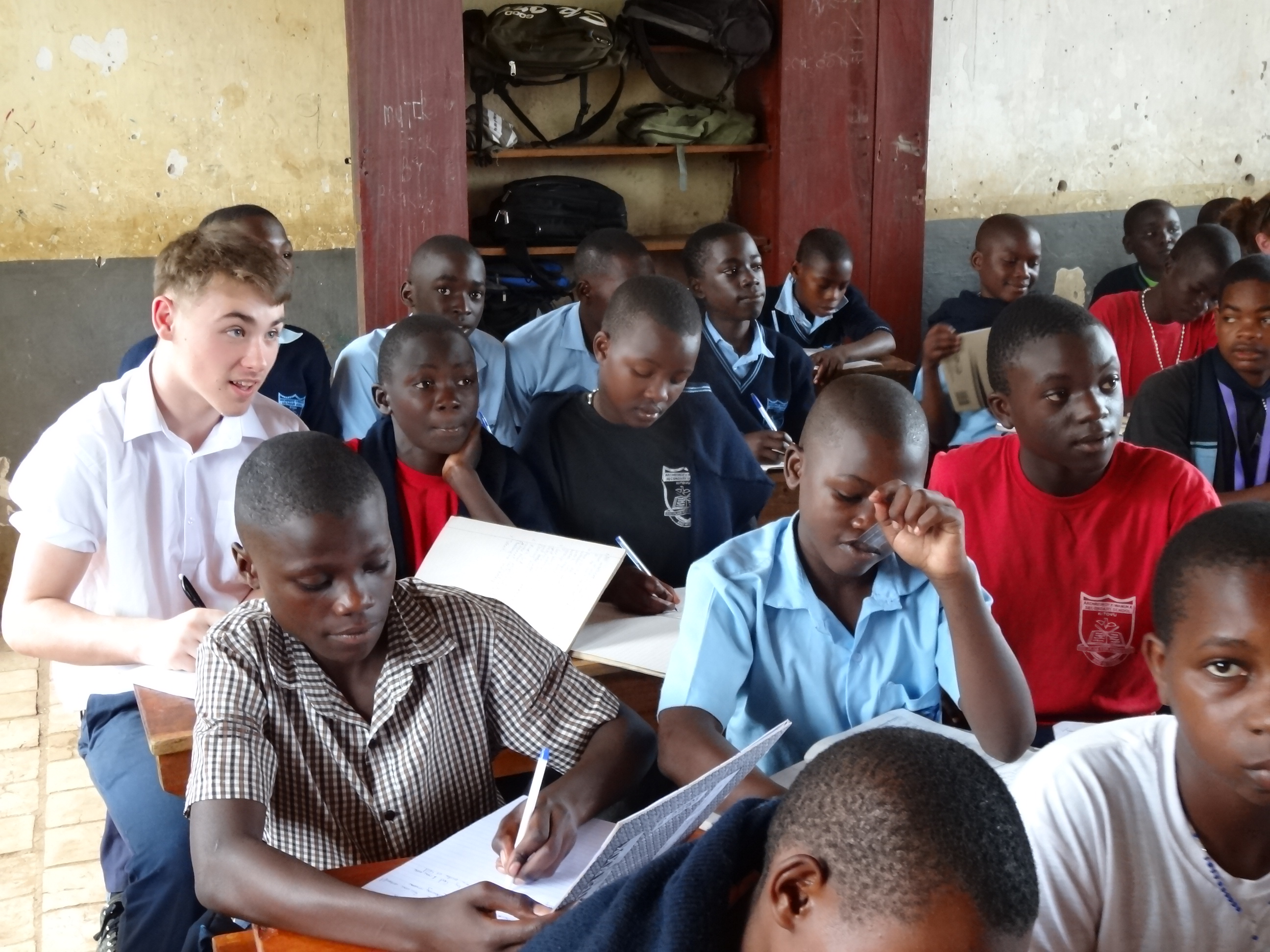 I was under the impression that absolutely everyone suffered from abject poverty in Uganda and didn’t have access to basic needs in life. I had looked at advertisements on the television and seen how these people suffered everyday. The truth is yes there are a lot of people living in poverty without access to basic needs, but they are the most amazing people you ought to meet. Every person we saw whether it was on the bus travelling or actually engaging with them, said hello and greeted us like their guests. They shook our hands and made us feel so at home and safe. 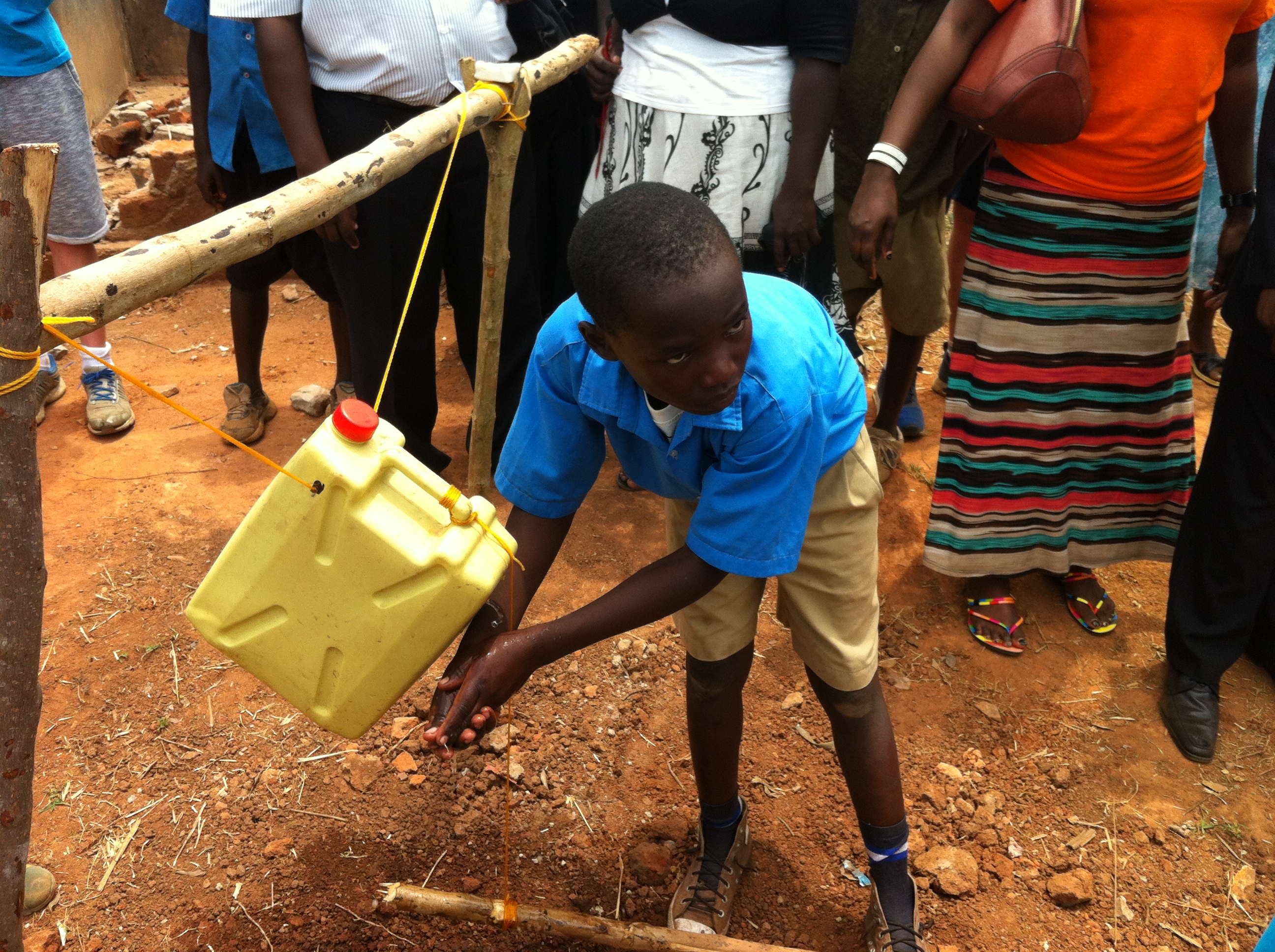 What hit us all students, teachers and Aidlink representatives alike was how happy people were with their lives with so little possessions.

To start us off we had a discussion about how aid through the government works at the Irish embassy. 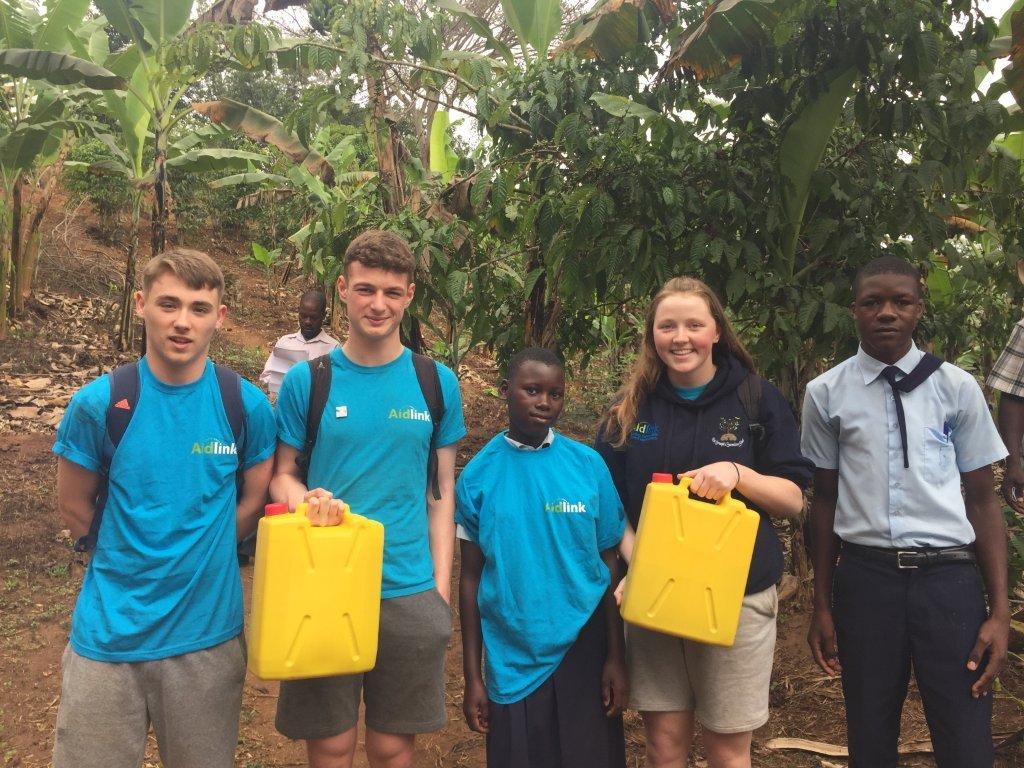 Adam with students from St. Joseph’s and St. Jude’s Walk for Water on World Water Day

When we visited St. Andrew’s Primary School we saw just how much clean water and sanitary conditions benefited the lives of the school children.

We also rallied alongside another school, St. Jude’s, and encouraged the local government to provide funding for a well for the surrounding school and community. We went to school in Archbishop Kiwanuka Secondary School in Masaka for a week and learned alongside our Ugandan peers. We also witnessed first hand how training farmers to provide for themselves and to create a living is of benefit to them.

This project was not all about the things we did though. Rather the memories we created and friendships we made. Whether that be with our own familiar Irish classmates or with our Ugandan friends. We experienced more than the charity based learning. We experienced Africa and its cultures. We broke the boundaries that are set up by social media and news outlets. We saw the real Africa and the real Uganda as it should be seen. Rich with life. Rich with character. Rich with heritage. 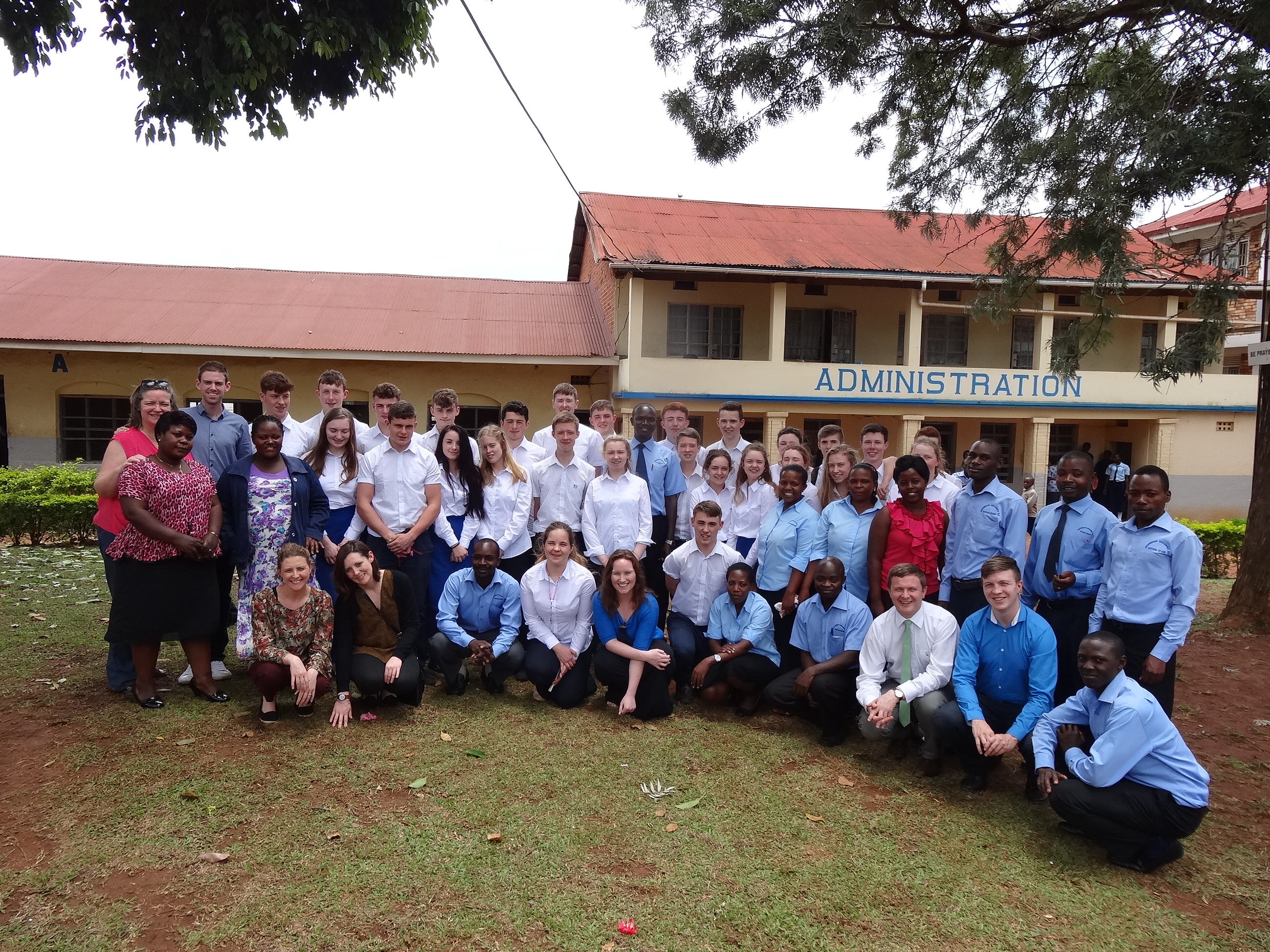 Looking back I thoroughly enjoyed this project and is of great benefit to everyone that takes part. I really enjoyed sharing the experience with everyone there and I hope they enjoyed it as much as I did. I think it is very important from a development education point of view that these types of projects are continued for as long as possible. Thanks to Anne and the team who made it all possible!