40% of the world’s population is affected by water scarcity and this number is expected to rise.

Kaiguta Village is a rural community in Kagadi, Uganda. With no village well, women and children from Kaiguta trekked up to 5 km daily in search of clean and safe water. Without access to clean and safe water, there was a high rate of water-borne disease in the community leading to high morbidity and mortality, especially among children under five.

During 2016, Aidlink supported the construction of a shallow well in Kaiguta Village, along with the training of a local Water User Committee. Ms. Charity Muhabwa, a Village Health Team member, remarked on the impact of clean water on her community: “Following the construction of a new water point in my community, we now have reliable and easy access to safe water. There has been a general improvement in the health of the people, manifested by a great reduction in the number of reported cases of diarrhoeal diseases, and now there is reduced expenditure on treatments. The burden on women and children walking long distances to collect water has also been reduced”. 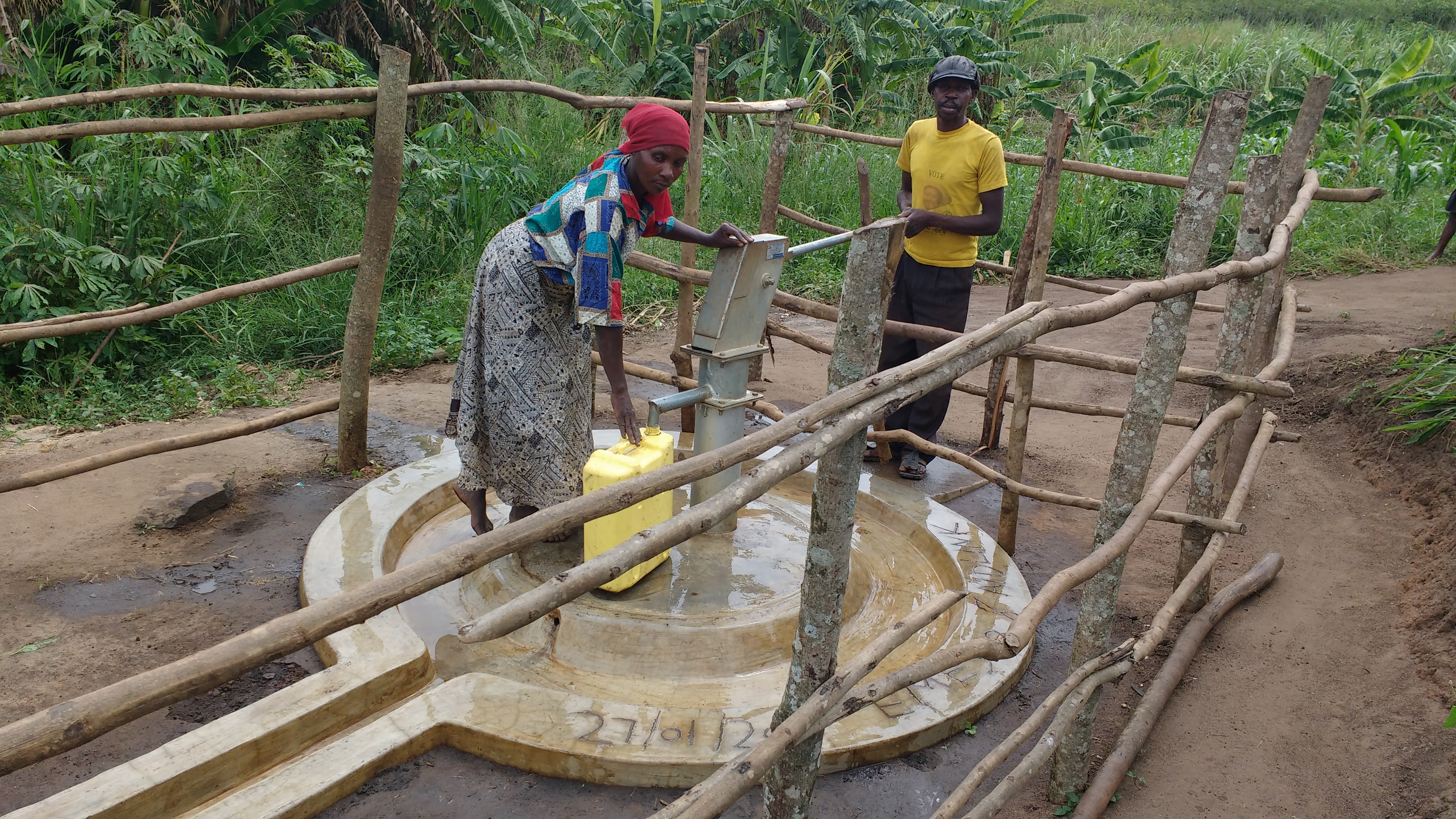 “The project did miracles!”

The daily task of collecting water in rural Uganda can be laborious and onerous. Walking to and from the water source carrying heavy loads of up 20 litres can be of great difficulty to many, most especially older people, people with disabilities or people living with HIV/AIDS.Ana Ruth Nakya, age 86, lives in Kikandwa Village, Wakiso District, Uganda and cares for her three young grandchildren. Her local community of Kikandwa Village identified Ana as an ideal candidate for improved water and sanitation facilities at her home.

Aidlink and our local partner Voluntary Action for Development constructed a home rain water harvesting jar outside Ana’s home along with a pit latrine also on her property. Asked how the improvements had impacted on her Ana says “The project did miracles. I am now saving a lot of money which I was spending in medical clinics treating myself and my grandchildren. From my savings, my family has improved on nutrition because I can afford to buy balanced food…my grandchildren look healthier than they were before” 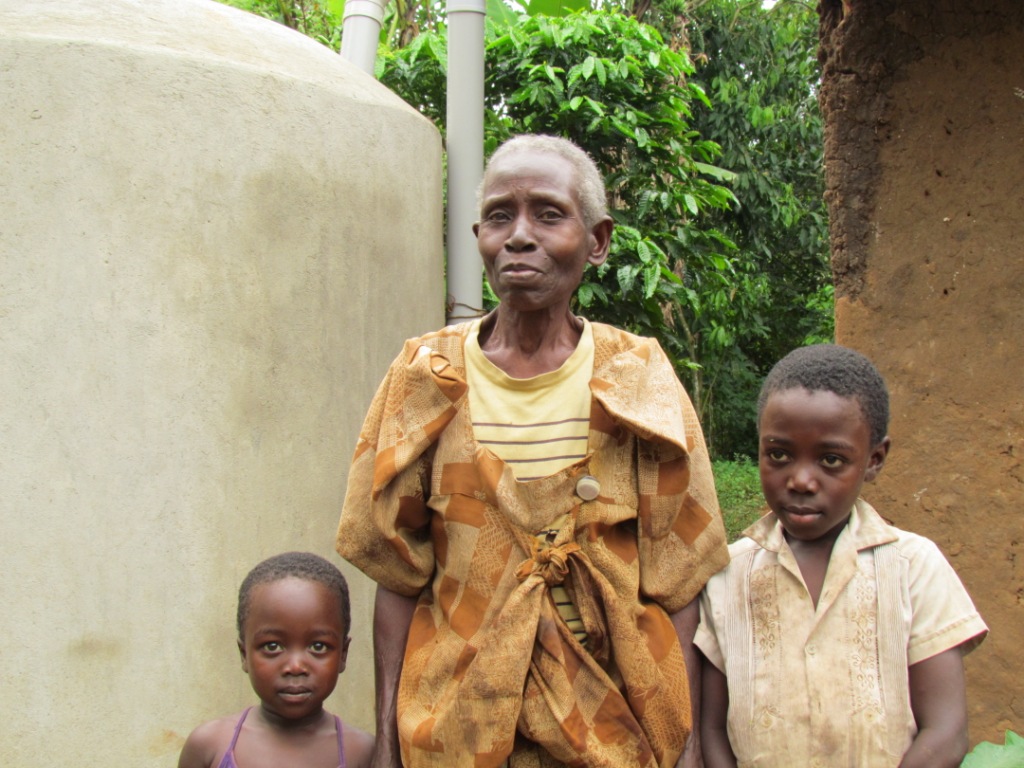 Ana and her grandchildren Wakiso, Uganda.